Recently my husband told me I was behaving exactly like a 10-year-old.

We were scheduled for a morning train trip somewhere and I was very cranky. I hate early morning travel and rushing around early. I like to enter into the morning hours gently with my mug and my newspaper, enjoying the post-dream state.

And then, of course I was annoyed with being hungry and all the porter had on his cart was a hot, fattening butter croissant. And so I was forced to say “Give me two please, sir. ” You get the picture.

I was embarrassed when Mac said that. But he was smiling and didn’t say it in a mean way. It was as if he had finally put his finger on some part of me, figured it out and found it amusing.

And the more I thought about it later, it was actually a watershed moment of sorts. You see, I get really hard on myself about being moody and negative. I strive to be a happy traveler. But here he was joking and leading me towards an espresso, and I felt sort of cute. And I felt incredibly loved.

And now I am completely embracing the 10-year-old me. Because she was, and still is, awesome.

Do you remember being ten? I really do. If I had to pick an age to go back to it would be ten. At that age I was completely in my body without self-consciousness. I woke up in the morning and if I even looked in a mirror, I liked what I saw.

My pigtails were just long enough to flip behind my shoulder in a cool way and I had ladybug barrettes to hold back my cowlick. My upper lip was permanently red and chapped from where I bit it, but I only noticed that when school portraits came back. I wore outfits my mom and grandmother sewed and I always thought they looked awesome on me.

But what mattered was that I had stuff to do. I hopped on my bike and flew around the neighborhood.

I loved school, especially spelling and reading and even gym class because we got to do tumbling on mats. And one day when I did an impressive forward roll, the bottom pulled down on my 2-piece pantsuit and my butt plumped out over the waistband. And I didn’t really care about the giggles, I got right back in line for another one.

My newly discovered talents were fresh and always expanding. I loved doing art, like making potholders on a little plastic frame and finger painting on slick paper and Spyrograph designs.

Years before in preschool one of my best days had been when the teacher wrote home that I was exceptionally good at cutting out shapes on the line. It had really made an impression. Yes indeed, I was an artiste.

I painted watercolors confidently, where every canvas started with bright green on the bottom and blue on the top. And always a lemon yellow sun in the corner.

As for dance, I had a ratty, bright green tutu and I have a picture of me singing All I Want For Christmas Is My Two Front Teeth, wearing that. I directed dance performances to Pippin with me cast as the lead, and my twin sisters as necessary backdrop. And to heft me up during the lifts and provide someplace for me to sit in repose.

The point is, I was artistically fearless.

As my sisters can attest, I also dabbled in the Beauty Arts. I had a huge headed Barbie mannequin to practice make-up application on. Unfortunately she didn’t absorb color like I wanted, her looks always came off flat and looking scratched on.

Live models were infinitely better. Problem was, where the doll’s pony tail could be cut and then cranked out of her skull and become long tresses again, my sister’s hair couldn’t. No matter, I was way ahead of my time giving Deb that asymmetrical, one-side-buzzed cut.

Honestly, that’s the best look she’s ever had. Only expert hands can tame unruly hair.

Don’t laugh, I actually thought I was a good seamstress too. I crafted dried bean-filled frogs and stitched pull over tunics for my baby dolls, my own designs. That all ended in junior high home economics and the sewing machine came into play. But I was quite good at seam ripping in that class.

Cooking? That was my forte. The pink Easy Bake Oven, with its teeny boxes of cake mix were a cinch. Those perfect girls pictured on the box with snooty headbands, were seriously unimaginative.

To be a great cook you had to be inventive and take risks outside the Easy Bake box. I was brave enough to cook from scratch over that hot light bulb when the overpriced boxes ran out. And my salt/partially raw egg/sugar concoction that I force-fed to my sisters in the basement was an instant classic. The addition of half of a bottle of vanilla extract was an inspiration (were they drunk?) It must have tasted amazing.

The thing is, at ten you keep trying. You play around and if it’s fun you keep going. I just did what I loved and believed it was good.

Especially my writing. Every word I wrote in my Girl Scout journal was golden. It had a lock and key on it because it was a serious business. I was published in my own mind, famous to myself. I completely adored myself in my writing.

Boys were fine and I had crushes that I would write notes to at school. We would meet at recess and hold hands and I could kiss them if I wanted to. The main thing was the drama, as intoxicating as any R-rated movie.

You remember: he’s going with her today but she doesn’t like him and he’ll be my boyfriend tomorrow. We even gave each other rings and dramatically threw them in the gravel when we broke up. It was seriously fun, romantic musical chairs.

As for romance, Mom took me to see Franco Zeffirelli’s Romeo and Juliet in downtown Martinsburg. And afterwards, I was completely sold on medieval boyfriends. That was exactly what I had in mind – poetry and gorgeous gold trimmed brocade gowns and dancing as an official engagement to marriage.

First kiss equals til death do us part. It was so groovy.

The Christmas pageant at church was the focus of my acting aspirations. The year I landed “Friend of Mary” I was a serious diva. And the fact that the “director” kept insisting that I stop mumbling my three lines to Mary never dampened my enthusiasm. Because inside my head, muffled under my headscarf, I could hear how holy and perfect I sounded.

I was so good.

Because ten was such a time of optimism. Things weren’t tarnished yet. Like the yellow banana seat on my bike, flecked with iridescent silver specks – there was a sparkle to things.

I remember being really into the smiley face logo and getting a huge coin bank shaped like one for my room. And I had a bulletin board trimmed in yellow gingham where I pinned cheery rainbow posters and notes from my Grammy.

Yellow was the color of my room and all of my accessories. It was my favorite color, my predominant outlook you could say. I don’t remember the crankiness factor at ten, but it may have been lurking in wait for the twelve to thirteen-year-old chapter just ahead.

Of course yellow didn’t last, it sullied into some other muted color. And my body got bigger and fuzzier and somehow not me. And it presented all these new things to worry about, but that’s another story.

But wouldn’t it be fun to revisit the way we felt back then? And get inside the good stuff, and use it now?

I’m kind of toying with the idea that we become developmentally stuck at certain ages. Maybe our basic personality gets imprinted in “critical phases” of development. We might think we left her behind years ago, but I think she’s still inside us wanting to have a say in things.

And we need to let her out, not shame her. Let her have her tantrum and a Hostess cupcake with milk and a nice long nap before expecting too much from her. And maybe resist trying to make her be so grown up all the time.

Because it really takes all of the fun – not to mention all of the art – out of things. 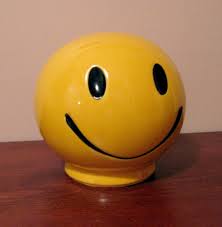