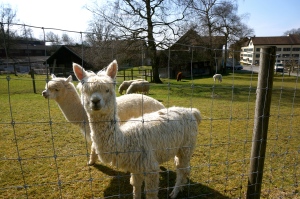 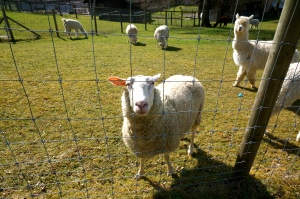 It’s been a year of living in Switzerland, and one year of blogging. Fifty-two weeks of experimenting with my writing on the internet.

I’m getting pretty invested in this blog. A little bit like becoming attached to a new dog. You start out a little guarded, but eventually you’re all in, won over by attachment.

But I’m not proud of the fact that I care about how many readers I have, or if I get positive comments or not.

Honestly, I want to see that my writing has gotten better, and that it is something worth reading. Because no matter what, we all want to improve at things we care about. But I also hope that what I see, and feel, and reflect upon, might resonate.

But sure, I admit – I want readers because I need the validation. Is that so wrong?

Isn’t it okay to want to stand out, and be appreciated for my own voice?

The other day my dad asked me what I was working on. And I told him I had nothing. Zero. Squat. I told him my head was completely empty of writing ideas.

And then, for some reason, I said llamas.

Yes, llamas. I’ll write about them.

Because the past week I was running past a pasture where a bunch of sheep were grazing. And I went up to the fence and immediately one of the wooly ewes came trotting over to greet me.

Except no – the thing had long, knobby legs and a strange dreadlocked coat. It looked like some kind of a camel. It wasn’t a sheep at all – it was a llama.

How strange, a llama among a flock of sheep.

But such a surprising delight to my eye. I was expecting to see a predictable, boring grazer, but instead here was this gangly interloper. Of dubious pedigree, with no clear purpose in the barnyard – what exactly was its raison d’être?

He was so funny, twisting his vacuum-hose neck and squirming and rolling in the dirt, looking gnarly. Just having a good old-time in the warm spring sunshine. 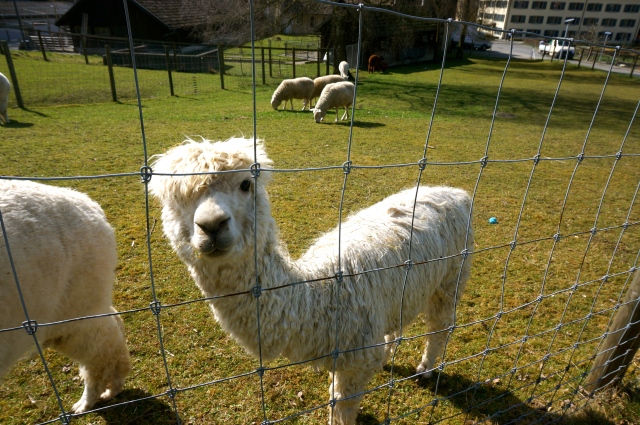 Llamas are becoming popular with farmers these days.They are extremely intelligent creatures and good-natured, prized for their wool, and sometimes their meat. And at the University of Zürich, (don’t laugh), they are studying llama gasses to learn about global warming.

And so incredibly cute. They look at you as if they can see deep down into your very soul.

So when the llama looked at me with that funny face, it gave me a lift. It’s wry expression was so human, and so intuitive, like it might open its mouth and start talking. It just made me smile.

And I totally connected with those liquid eyes. Drawn to his smelly, goofy awkwardness. His just wanting someone to stop and pay a little attention. Someone to take the time to scratch under his wooly chin. And to love him. Just a little.

Every now and then that’s all we need, isn’t it?

Web blogging is scrutinized, criticized for a variety of reasons. Some say it’s too tabloid intimate or it’s merely attention-seeking narcissism. And that it just adds to the flood of detritus on the internet.

But for me, it’s about getting out of my own head. It’s about the commitment to keep writing, keep observing. It’s about breaking out of the herd, taking a breath, away from the rest of the pack. Sharing some of the not-so-graceful, weird, indescribable stuff. Catching ideas strewn on the side of the road.

But mostly, writing is about the common, everyday moments that pull us aside and tug us on the sleeve, begging for a little attention.

It’s the challenge to find something new in the dust of my week. Kind of like embracing my inner llama. And yes, sometimes just looking for a smile.

Yep, that’s all I got this week. Llamas. Just llamas.

Let me know if you’ve got something better. 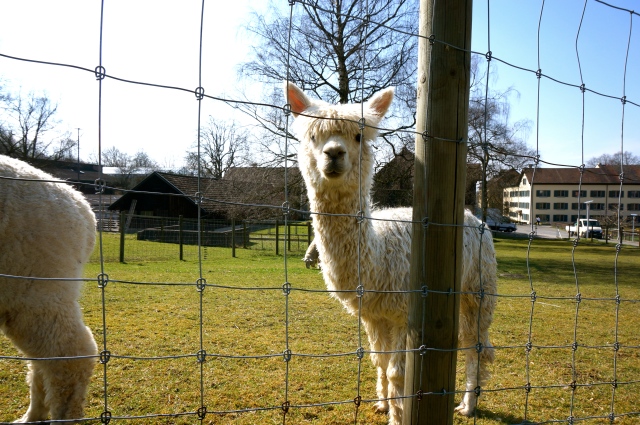